What is Addison's Disease?

The correct medical term for this disease is Hypoadrenocorticism. This term means that there is diminished or lowered hormone production from the outer part or cortex of the adrenal gland.

What are the adrenal glands?

The adrenal glands are paired glands next to the kidneys. Each gland essentially consists of an outer cortex and an inner medulla. The glands produce several vital substances which regulate a variety of body functions and are necessary to sustain life. The most widely known of these substances is cortisol, commonly called cortisone, produced by the outer part of the adrenal cortex. Also produced by the cortex and equally important is aldosterone, which is a mineralocorticoid hormone. This hormone regulates the electrolyte and water balance of the body and is involved in the excretion of potassium and retention of sodium.

Deficiency of this hormone together with cortisol is referred to as Addison's Disease.

What causes the disease?

In the dog the main causes are usually the result of direct injury to the tissue due to hemorrhage, infection or certain autoimmune conditions.

Thus primary hypoadenocorticoism may be immune mediated. It can also occur when treating Cushing's Disease (hyperadrenocorticism) which can be thought of as the opposite of Addison's Disease where too much cortisol and aldosterone are produced.

Addison's disease can also develop if a dog has been treated with long term steroids for any reason and then is suddenly withdrawn from them. Another cause can involve the pituitary gland in the brain.

What are the clinical signs?

Signs are usually vague and non-specific. They are often seen in animals with more common medical disorders such as chronic gastroenteritis or renal diseases. There may be vomiting and weight loss. A waxing and waning course with diarrhea, increased thirst and urination is not unusual. Intermittent shaking episodes are also characteristic.

These animals will often improve with non-specific medical treatment. For example, the administration of fluids or corticosteroids appears to help temporarily, but the signs soon return.

Sometimes the condition takes on a much more serious form. There is sudden weakness, vomiting, diarrhea and sometimes collapse. This is an Addisonian crisis. Under these circumstances urgent hospitalization will be necessary.

How is it diagnosed?

Laboratory tests are necessary, often involving multiple timed blood samples. Your dog will probably have to be admitted for the day to perform the necessary tests.

What does treatment involve?

Once diagnosis has been positively established, most dogs can be successfully treated with oral medications. Your dog's diet and activity levels can often remain unchanged. The majority of dogs resume normal lives, ever after a crisis.

It will be necessary to monitor progress carefully, particularly at the start of treatment. This may involve occasionally hospitalization for monitoring and follow-up testing.

It must be emphasized that lifelong replacement of both the glucocorticoids and mineralocorticoids may be necessary. Some of these medications may have to be increased during periods of stress, such as when travelling or if the dog is boarded or has to undergo surgery. In addition we will have to see your pet at fairly frequent intervals to check that stabilization is satisfactory. This may involve further blood tests.

If you wish to discuss long-term costs, please do not hesitate to contact us.

The vast majority of patients with Addison's Disease have a good to excellent prognosis once the diagnosis has been established and they have been stabilized with the appropriate drugs. Please do not hesitate to contact us if you have any questions or concerns. 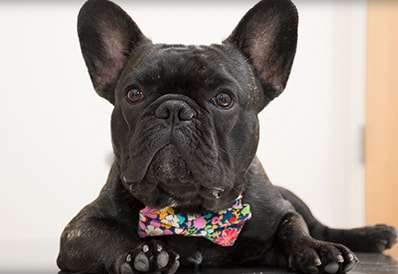